I'm going to finally take some time to post about my job and some of the most frequently asked questions from patrons and family members alike. First, however, I'm going to post some photos from life outside of work. First and foremost, we'll start with food. Yay!

Joel and I have been pretty equally scheduled between our jobs which means that neither of us has the upper hand at playing the "I'm tired" card at the end of the day. So because of that, we've been cooking together a lot recently. It use to be that it was one or the other of us would cook the whole meal and then the other would do dishes but recently it has evened out so that we cook together and then do the dishes jointly (you put dishes away while I wash, etc.).

Something we have been doing a lot of lately is this: Steak and green beans. It's the new fast food. 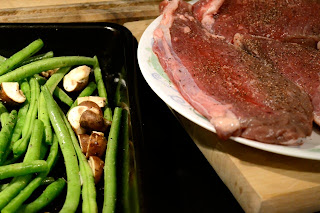 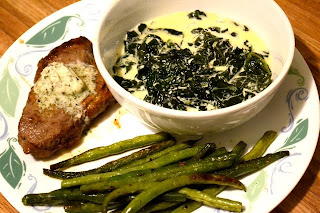 We've also been doing a lot of these lately too. Big salads with delicious, filling toppings. For a dinner salad we fried up some bacon, made Cajun-blackened chicken, added feta, avocado and chopped celery, and pecans, all on a bed of Romaine and red-leaf lettuce (I can't wait for farm lettuce again!). 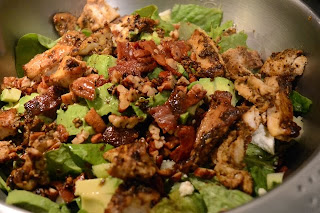 And this is one I made for lunch: sun-dried tomato chicken sausage, avocado, feta and pecans on a bed of Romaine. 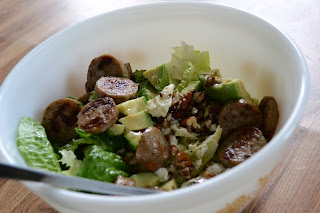 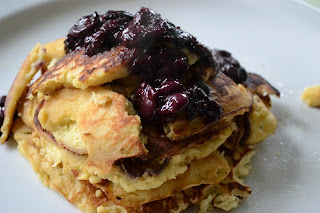 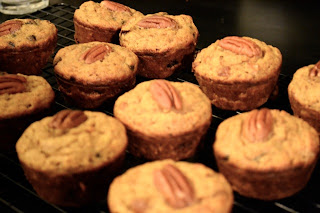 Also part of the Paleo lifestyle is exercising in a Paleo fashion. What in the world does that even mean? It means a couple of things: slower is better -- not over-exerting yourself to the point where your body rejects what you're doing, walking/running/sprinting on unpaved surfaces, and generally exercising in a natural way (in nature, short sprints, walking, hiking, swimming). Though Joel and I are still kind of early in our Paleo lifestyle we do these things on a fairly regular basis -- though the short sprint has yet to work itself into our lives.

On Sunday we went hiking on an off-path trail along the Columbia Gorge. Joel and his parents and sister did this when they visited us two summers ago and ever since then Joel has wanted to do it again. So Sunday we were able to do it again. Its a hike that joins Multnomah Falls to Wakeena Falls, which all told is between 4 and 5 miles. You almost crest the mountain on the trail and if you so desired, 2/3 through you can join up with another trail that leads to Larch Mountain (which is another 5 miles). However, we just stuck to the fall-to-fall trail. It was really beautiful and I really enjoyed it. 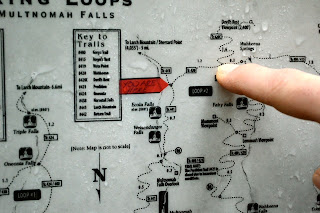 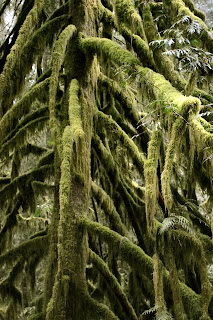 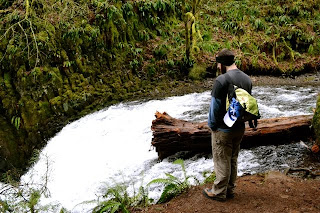 The 1.8 miles is the toughest part and is the only paved part so it makes it double tough. It's a lot easier for me to do switch backs if there are things for my feet to grip on besides asphalt covered pathways. Luckily only those 1.8 miles are covered pathways and everything else is nice and grippy, rocky terrain. 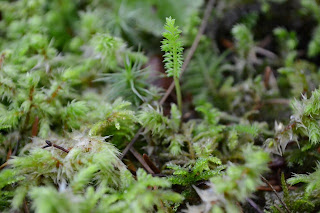 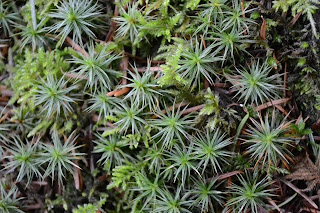 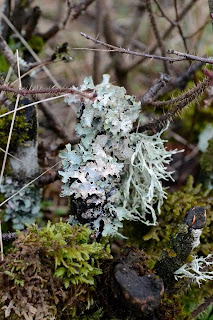 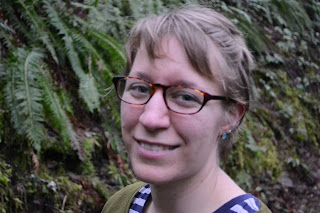 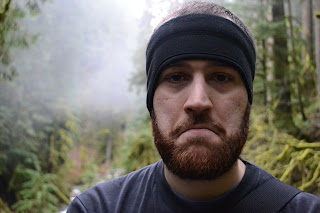 Near the top we started to ascend into the clouds (or was it just really high fog?) and it made for some beautiful spooky photography. This particular photo has been doctored in no way and was simply the way my camera captured the high contrast atmosphere. Wow! 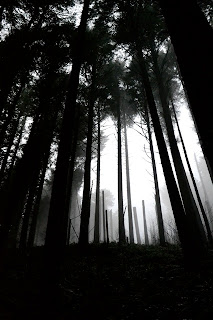 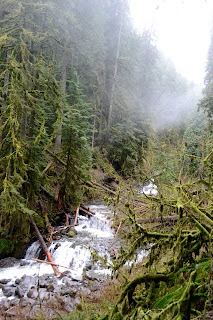 I took a limited amount of photos just cause it was pretty wet and I've photographed Multnomah Falls before. If any of you are in the area, I highly recommend this particular trail.

Like I said, I'm going to now answer some FAQs about my work and share a little about some of our daily happenings.

So, I don't get it -- how does a non-profit café work?
We are a completely community-sustained café which means that everyone is responsible in keeping our doors open. The way this works is instead of having set prices for a meal we have suggested donation "prices." This means that if you are unable to afford a good filling meal you can pay whatever you are able to. This also means that if you are able to, we love having people go over and above what their meal costs in order to take care of the costs for those who are not able to do so. But for most people it just means paying the suggested donation, which covers the food cost of the meal.

What does the profit go towards and how do I know that?
Because we've only been open for three weeks we are still learning what it takes to sustain the café. First and foremost: because not everyone is able to pay for their meal, the profit right now is simply covering food costs. We will eventually be teaming up with an at-risk-youth program and giving them job training skills. In a month or two we will have a newsletter available detailing where the profit has gone. How do you know we're not lying? Because we are a 501-C3 non-profit and we can't have profit and lying simply would do us no good in the end (specifically for legal reasons).

Do some people leave nothing at all?
Yes. Some people even abuse the system we have in place (one entrée, one drink and one pastry per person a day if you can't afford to pay for it). But we're here for the people who are not able to pay for their meals and for some people that means 30¢ for a meal or nothing at all. We also have a meal voucher program wherein people can volunteer an hour of their time to get a meal voucher if a.) they feel uncomfortable not paying anything at all or b.) if they regularly take advantage (though not abuse) the cheap meal option. When someone is abusing the system set in place a manager takes them aside and explains what we are and what other options there are to get a free meal one or more times a day every day.

Are all Panera Breads going to be switching to non-profit cafés now?
No. Currently there are only three in the whole country: Portland, OR (here), Deerborn, MI (aka Detroit), and Clayton, MO (aka St. Louis). The idea is to watch these three particular cafés for a while and see how they do and then consider one for every major metropolitan area. So, if you only have one Panera in the area: you can be rest assured that it will not be converted.

Why did this store get chosen to be a non-profit café?
The main reason is because we are in an economically diverse area where there is a large majority that can sustain the café and there are plenty of people in the area that genuinely need something like this. Our mission statement says that we are a "hand up not a hand out" to those that need it. This specifically is to allow a comfortable environment for the under-/un-employed to get a meal. Portland has a 10% unemployment rate so we're a really good candidate for this kind of café to reach the kind of people is intended to reach. The café is also located in Hollywood, a neighborhood with a pretty wealthy community but also close to bus lines and a lightrail and other neighborhoods where the average income is much lower (like my neighborhood). And the other reason that should not go without being said is simply because Portlanders love to support non-profits and other humanitarian endeavors.

Those are just five of many questions I get. If you have any more questions you would like me to answer, simply write in the comment box below or email me your question and I will add it to the other above FAQs. You can also find answers at: http://www.paneracares.org

There are lots of stories I intend to share but will save that for a later post.
Posted by Hannah Stitzlein at 10:35 AM No comments: