Today my family went down to drop my little brother, Isaac, off at school at Chapman University in Orange county. Yes, the OC. Yuck. Anyways, I'm going to add some pictures of their Interfaith Chapel on campus. It was a bit too sterile for my taste. But it definitely coincides with the rest of Orange, so if you're into that, its a good thing. But as for me, I'll take rats and cracked out homeless men over skinny blond girls with loads of make up on. But thats just me. I never thought I would miss the Dirty City. But I really do. 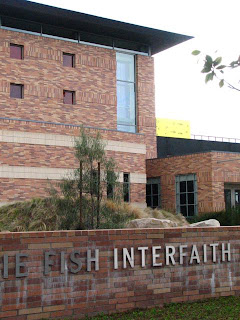 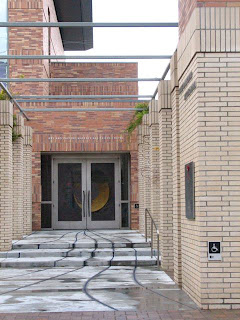 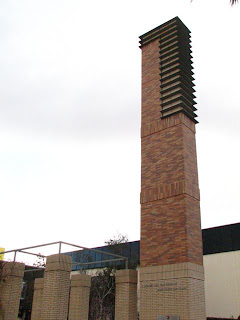 I also started writing a story. We'll see if it gets anywhere. Its a distopian anarcho-punk tale about wrongful imprisonment and governments that are afraid of their people. If I feel like its at all worth sharing I may post. I'm going to try to post more often on here. (Not that I post anywhere else...)

Tomorrow I'm going to go to Antelope Valley College to take some assessment tests for Math and English placement. AVC is my interim between MICA and Humboldt (or whomever accepts me). I'm not looking forward to it too terribly but I also need to get out of my parents house. So I'm also going to look for a job as well as take classes. I just need to get out of the house. Its so hard to go back to living under the parental realm after having lived in my own realm for the last two and a half years. Its going to have to get some getting use to and some compromise between my mom and I. Its really really hard. 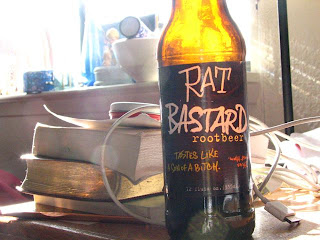 This is Rat Bastard Root Beer, it "tastes like a son of a bitch." It says it on the label. Very yummy.
Posted by Hannah Stitzlein at 10:21 PM