Today I voted for the first time ever. I didn't get to vote last time, missing it by a mere eight months. But, in any case, there was little fanfare involved. And due to the fact that it was two in the afternoon it was also not crowded at all. One of my neighbors, that my mom has breakfast with, was working at the polls. I got to vote Democratic even though I'm a "Decline to State" voter. Which is weird since I thought I was under "Independent" oh well, no big deal. I voted for whom I thought would be best though I know he won't win. He's way too progressive for the majority of the American population (or: too intelligent for the stupid majority to comprehend because his ideals would upset their small thinking...). 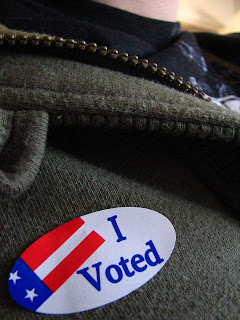 I started classes at AVC (Antelope Valley College). I'm taking the following courses:
Deaf Studies 101 -- American Sign Language
Element Algebra -- :0( Apparently when you're not using the math you learned you lose it, I regressed back to Algebra 1...
Environmental Biology 104 -- yay!! It sounds like fun, I have my first class tonight at seven
Intro to Public Speaking 101 -- another CSU Gen. Ed. requirement, its going to be like Senior Project all over again

I'm the most excited about Deaf Studies and Environmental Biology but that is yet to be seen. My Deaf Studies teacher seems to be pretty cool. The first half of class was completely silent, he taught us the alphabet and how to say "practice" and "alphabet." Then after about an hour he said, "Okay," and the whole class was like, "What? This guys not deaf?? Outrageous, I want my money back!!" Or less like that and more like, "Ha ha, silly man, you fooled us all!" Or... kinda. Anyways, he seems like he's good at what he does. Desiring, rather, to pass us all and get us to understand it than to flunk us. More teachers should be like that. I feel like the majority of teachers are just sadistic creatures giddy over how many kids they can scare away or flunk. i.e.: 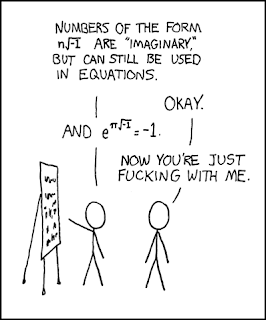 And here are my lovely plants, after being transplanted, as well as my beautiful potato plant: 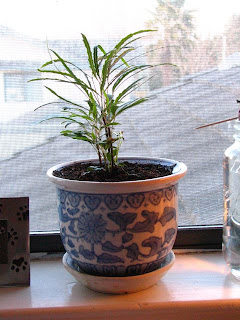 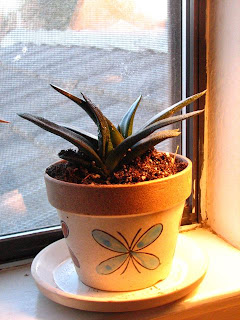 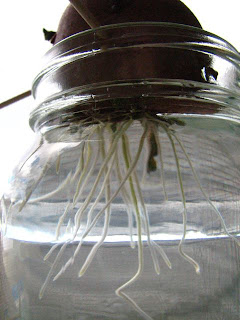 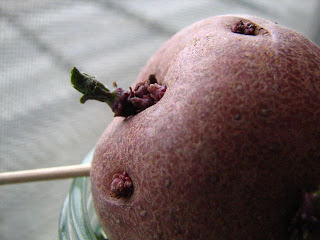 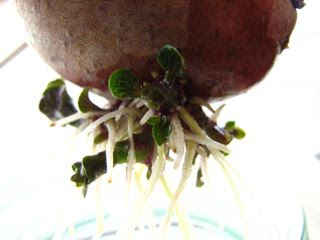 And my cat Kiki licking her arm...: 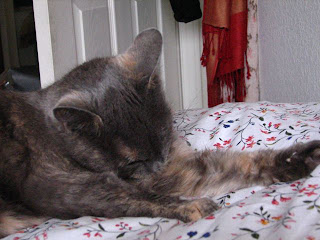 Posted by Hannah Stitzlein at 2:56 PM